The New Year has meant new stages of work on the restoration of the famous Union Chain Bridge.

Work on the 200-year-old structure, which connects England with Scotland near Horncliffe, got underway in October and will take around 18 months - during which time it’s completely closed.

The timber deck, or floor of the bridge, is now being removed piece by piece, and if all the individual timbers were laid end to end they would reach from the Union Chain Bridge to another famous crossing a few miles down river which is also being restored - Berwick Old Bridge.

The wire ropes installed in 1903 will also soon be de-tensioned before being cut into sections and lifted off the bridge. Works will then concentrate on removing the hangers and preparing the chains for removal – a symbolic moment when the bridge will temporarily no longer cross the river.

It follows an ambitious funding bid put together by Northumberland County Council, Scottish Borders Council, Museums Northumberland and community group Friends of the Union Chain Bridge, after serious concerns about the condition of the world-famous structure.

Both councils committed match funding totalling £5.7m towards the £10.5m scheme, with other fundraising activities continuing to be progressed by the Friends of Union Chain Bridge in support of the project.

As well as conserving the historic structure, the project team has also developed a comprehensive programme of community engagement and education activities.

David Renwick, Director, England, North, The National Lottery Heritage Fund, said: “We are delighted to be able to support this project, which thanks to money raised by National Lottery Players, means that the Union Chain Link Bridge will continue to serve its shared communities, demonstrate the power of cutting edge engineering and to enrich the surrounding landscape for years to come.

“We are also pleased that our funding is being used as part of a collaborative approach alongside investment from the Borderlands initiative and other funders as part of the regeneration of the wider area."

Northumberland County Council Leader Glen Sanderson said: “This is the start of a crucial year for the project – one which will see the whole bridge be taken down and slowly be put back together again.

“We have some fantastic teams working on site using a range of innovative techniques as they approach a number of key milestones on this ambitious scheme.”

Scottish Borders Council’s Executive Member for Infrastructure, Travel and Transport, Councillor Gordon Edgar, said: “Work on this major project is progressing well and some very significant milestones are coming in the next few months as we start to truly move into the restoration phase.

“In addition to being a historic structure, this bridge is also an important link between communities on both sides of the border and I am sure they too will be delighted with the pace of progress of the works.

Built in 1820 by Captain Samuel Brown, the Union Chain Bridge is the oldest operational chain suspension bridge in the world still carrying vehicles - when it’s not closed to traffic for restoration!

The project team are currently recruiting archival research volunteers to help uncover the untold stories of the bridge.

For more information about the volunteering roles available or for general updates as the project progresses please visit www.unionchainbridge.org 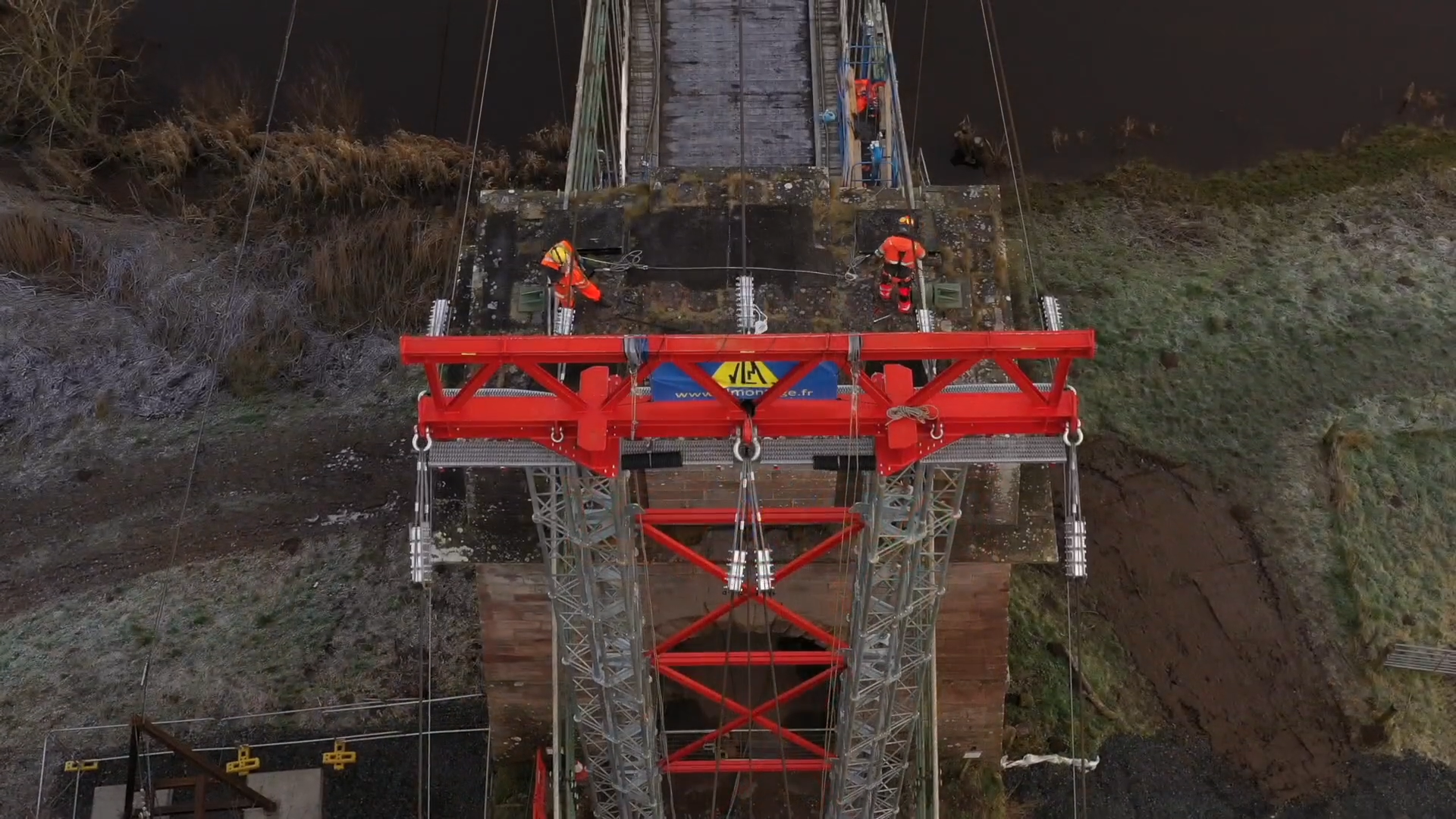