A symbolic stage has been reached on works at the famous Union Chain Bridge - with the physical connection between England and Scotland being cut at the site for the first time in centuries.

In 1820, the bridge near Horncliffe united communities on both sides of the border and has been a key crossing and landmark ever since.

Both councils committed match funding totalling £5.7m towards the £10.5m scheme, with other fundraising activities continuing to be progressed by the Friends of Union Chain Bridge in support of the project.

Full restoration of the structure got underway last October and now work is starting on the final stage of its removal – to take down the main chains of the bridge which supported the deck.

The 12 chains, which in total are around 2,000 metres long, will be taken down over the course of six weeks, leaving nothing but the River Tweed separating the two countries.

The painstaking work to refurbish the bridge will then begin as it slowly starts to take shape again. It’s due to re-open early next year.

The removal of the last section of bridge is an emotional milestone for those who live nearby.

Heather Thompson, who lives near the bridge on the north side, said: “We've watched with interest from the Scottish side as we can walk along from Paxton House.

“It feels very momentous, given that we hoped for this restoration for so long and it will be strange when the bridge is gone.”

Tommy Cockburn, who’s lived in Horncliffe on the English side all his life, said: “As a child growing up in the village we took for granted the peace and quiet of living on the banks of the river Tweed.

“Most Sundays were spent on a family walk to Paxton where you met other families on their walk as there were not many cars at this time. With a famous river we also had a special bridge.

“The bridge has been a hidden gem and adds a spectacular view to our countryside. The past 12 months have been a strange and difficult time.

“Our bridge has gone now as the restoration project has begun and it is such a miss not being there. The views are not the same and our nearest link to Scotland has gone.”

As well as conserving the historic structure, the project team has also developed a comprehensive programme of community engagement and education activities.

David Renwick, Director for the North of England, The National Lottery Heritage Fund, said: “We’re delighted to hear that the work on this iconic structure has reached this important milestone.

“This temporary lack of a physical connection between communities in Northumberland and the Scottish Borders is an important stage in the overall project, which will ultimately strengthen connections, improve transport links and have a positive economic impact on the area.”

Northumberland County Council Leader Glen Sanderson said: “This is a truly historic stage of the project – the first time in more than 200 years there’s been no crossing between the two countries at this point. 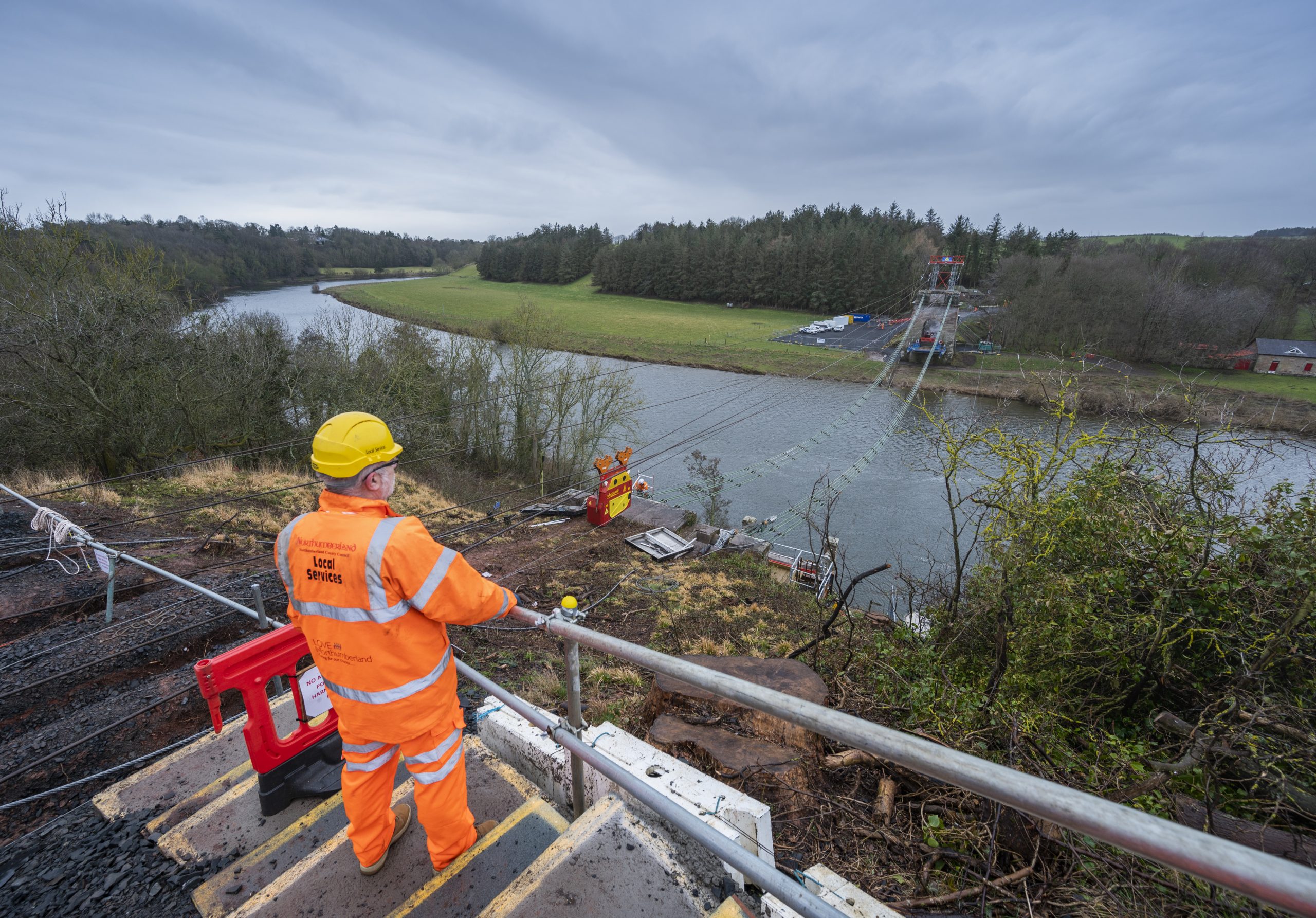