Special time capsules are to be buried at each end of the world-famous Union Chain Bridge to mark the completion of the restoration process.

The project aims to capture people’s memories of the bridge and once buried, will be unearthed in 120 years’ time to give future generations an intriguing insight into what life was like in the area in 2021.

The project announcement comes at a symbolic stage of the restoration of the famous Union Chain Bridge – as the physical connection between England and Scotland has recently been cut at the site for the first time in centuries.

Since its opening in 1820, the bridge, near Horncliffe on the English side, united communities on both sides of the border and has been a key crossing and striking landmark ever since.

Matt Storey from Museums Northumberland explained: “This is a really exciting part of this whole scheme and something I’m sure will attract a lot of interest.

“Local residents of all ages will be invited to develop and decide on the material to be included in the capsules – one for each side of the border. The main themes for the contents of the time capsule will be people’s memories of the bridge and why it is important to them, information about the community and what it’s like to live in 2021, documents about the bridge work and submissions from partner schools.

"Some bridge memories have already been collected during the bicentenary celebrations and we seek to continue this - with people’s memories recorded on postcards for inclusion in the time capsules.”

The plan is for the capsules to be opened in 120 years – the projected future lifespan of the structure before it needs to be repaired again.

Matt added: “The bridge is a much-loved local landmark so we want to make sure that the community play an important role in determining the content of the time capsules.

David Renwick, Director for the North of England, The National Lottery Heritage Fund, said: “We’re very proud of the way in which this project is embracing the strong community links with the Union Chain Bridge.

“The contents of the time capsules will give a real insight into life at this point in the Bridge’s history and the vital restoration work will ensure that this cherished local landmark is still providing a physical connection between the communities on both sides of the river in 120 years’ time.”

The time capsules will be buried during the final stages of the conservation, marking this significant period in the bridge’s history.

For more information on the project and how to submit memories or object suggestions go to www.unionchainbridge.org/get-involved/time-capsules/ 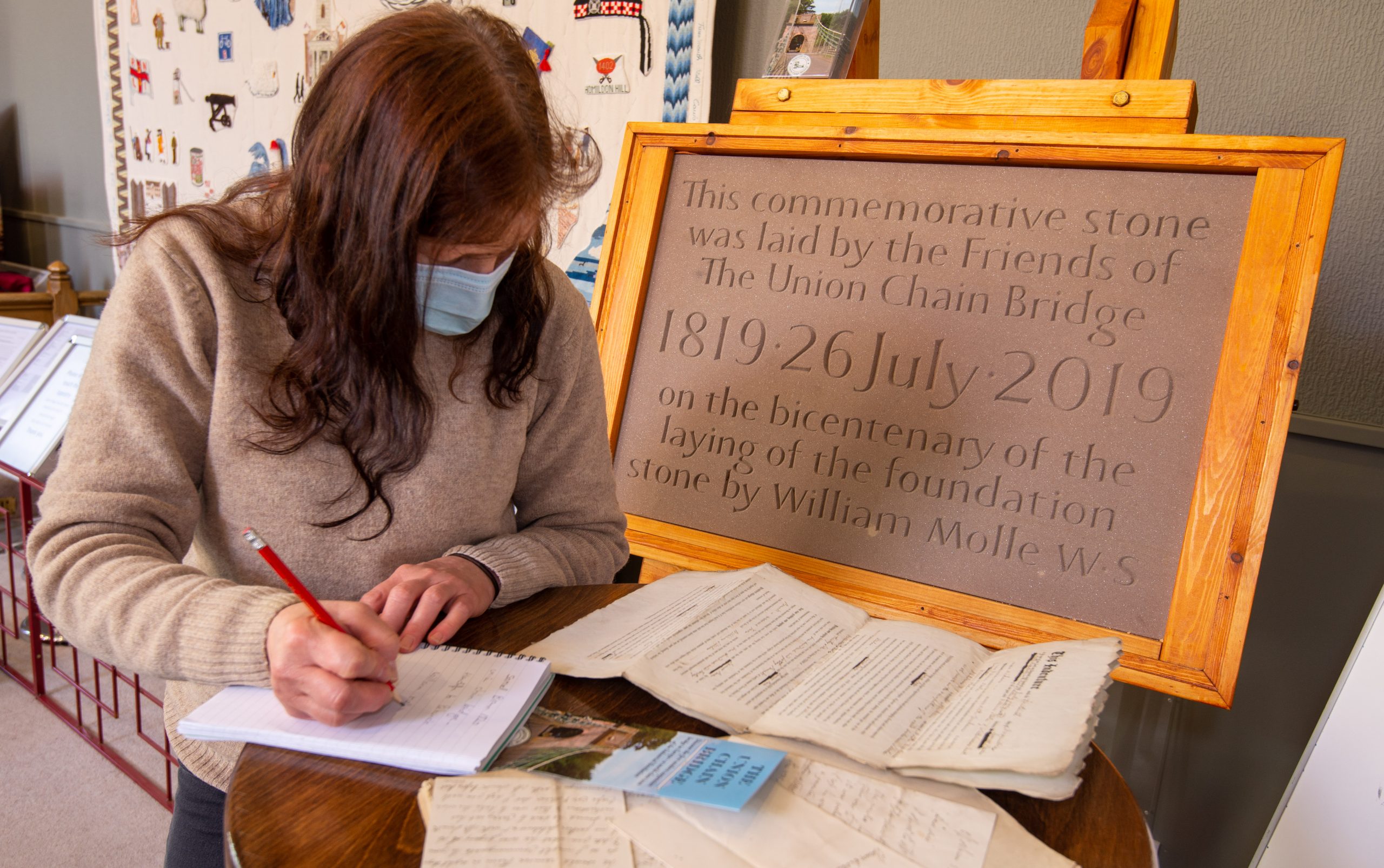