The team responsible for restoring the world-famous Union Chain Bridge have found themselves playing an extra role in the local community.

While being best known as an engineering firm specialising in complex bridge work, Spencer Group have found themselves doing a number of extra jobs in their spare time and at their own cost for communities surrounding the site.

Using redundant materials taken from the Union Chain Bridge that would otherwise  be disposed of, they have created a sculpture for a local historical society, a bar for Horncliffe Village Hall using spare timbers, with the remainder being distributed as firewood to local communities - and have even seen them providing emergency first aid during a medical emergency near the site.

Neil Hewitt, Project Director from Spencer Group explained: “We like to become a part of the community we are working in, which helps to build good strong relationships with stakeholders so that they feel they can approach us – we are always here to listen, and always happy to help”

Simon Rudman, Design Manager with Northumberland County Council, said: “It’s great when we have a contractor who understands that a major project like this is more than just about the nuts and bolts – it's about supporting the communities for whom the bridge is part of their everyday lives.

“We’re working with the team every day and you can see their passion for the project and the wider area, as well as their willingness to go the extra mile in helping out locally.” 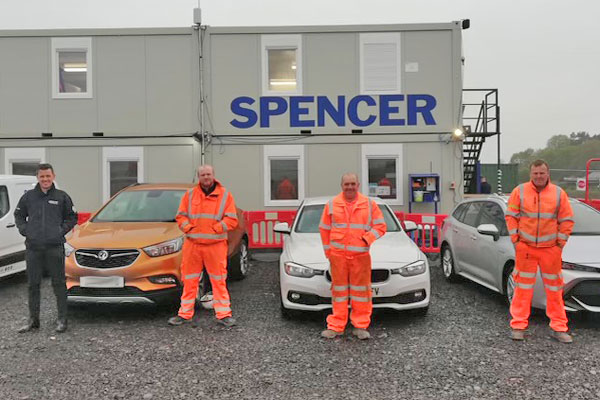