The partnership approach to restoring the famous Union Chain Bridge has been recognised by a prestigious national award.

The scheme beat off stiff competition to win a coveted Local Government Chronicle (LGC) Award. The awards see entries from council teams across the UK judged by other councils’ senior officers, with the aim being to promote innovation that can inspire other councils to improve their own services.

After excelling during the rigorous judging process, the Union Chain Bridge project emerged as the winner of the Partnership (Public/Public) category.

The judges described the scheme as ‘a partnership hooked in strong civic mission, spanning natural boundaries. An innovative partnership built on a community campaign that has overcome significant complexities to achieve its objective of restoring the oldest suspension bridge in the world still open to traffic’.

Accepting the award on behalf of the project, Northumberland County Councillor and Cabinet Member for Local Services John Riddle said: “We’re delighted to have won this award as this scheme is the very definition of partnership working.

“Throughout, this project has been about working across borders and engaging with partners and communities on both sides of the river, and this approach has clearly been recognised by the judges. This award is for everyone who’s helped make this innovative project such a success.”

Councillor Gordon Edgar, Scottish Borders Council’s Executive Member for Infrastructure, Travel and Transport, said: “The restoration of this historic structure has only been possible thanks to very close work across a range of partners, not just the two councils, and funding from a variety of sources too.

“This award is recognition of many years of hard work and commitment across all the partners to ensure that the Union Chain Bridge remains a key link over the River Tweed, between the neighbouring communities and countries.”

Rowan Brown, Chief Executive Officer for Museums Northumberland, said: “'I'm delighted we were able to fulfil our Bridge's motto - Vis Unita Fortior - (united strength is stronger) and we’re full of gratitude to our communities, partners and funders who made this award-winning project possible.”

Built in 1820, the Union Chain Bridge is a key transport link between Scotland and England and received £3.14million from The National Lottery Heritage Fund in September 2019.

The ambitious funding bid was put together by Northumberland County Council, Scottish Borders Council, Museums Northumberland and community group Friends of the Union Chain Bridge, following serious concerns about the condition of the world-famous structure.

Both councils committed match funding totalling £5.7m towards the scheme, with other fundraising activities continuing to be progressed by the Friends of Union Chain Bridge in support of the project.

In addition to conserving the historic structure, the project team is also delivering an innovative programme of education activities to encourage young people on both sides of the border to consider careers in science, technology, engineering and mathematics.

They’ve also organised a comprehensive programme of community engagement events and installing new interpretation arrangements at the bridge and within two nearby visitor attractions in order to help to support the growing tourism economy of the area.

LGC editor Nick Golding said: “To win an LGC Award is the ultimate symbol of the brilliance of council teams – we should be grateful for their work, particularly in difficult times.” 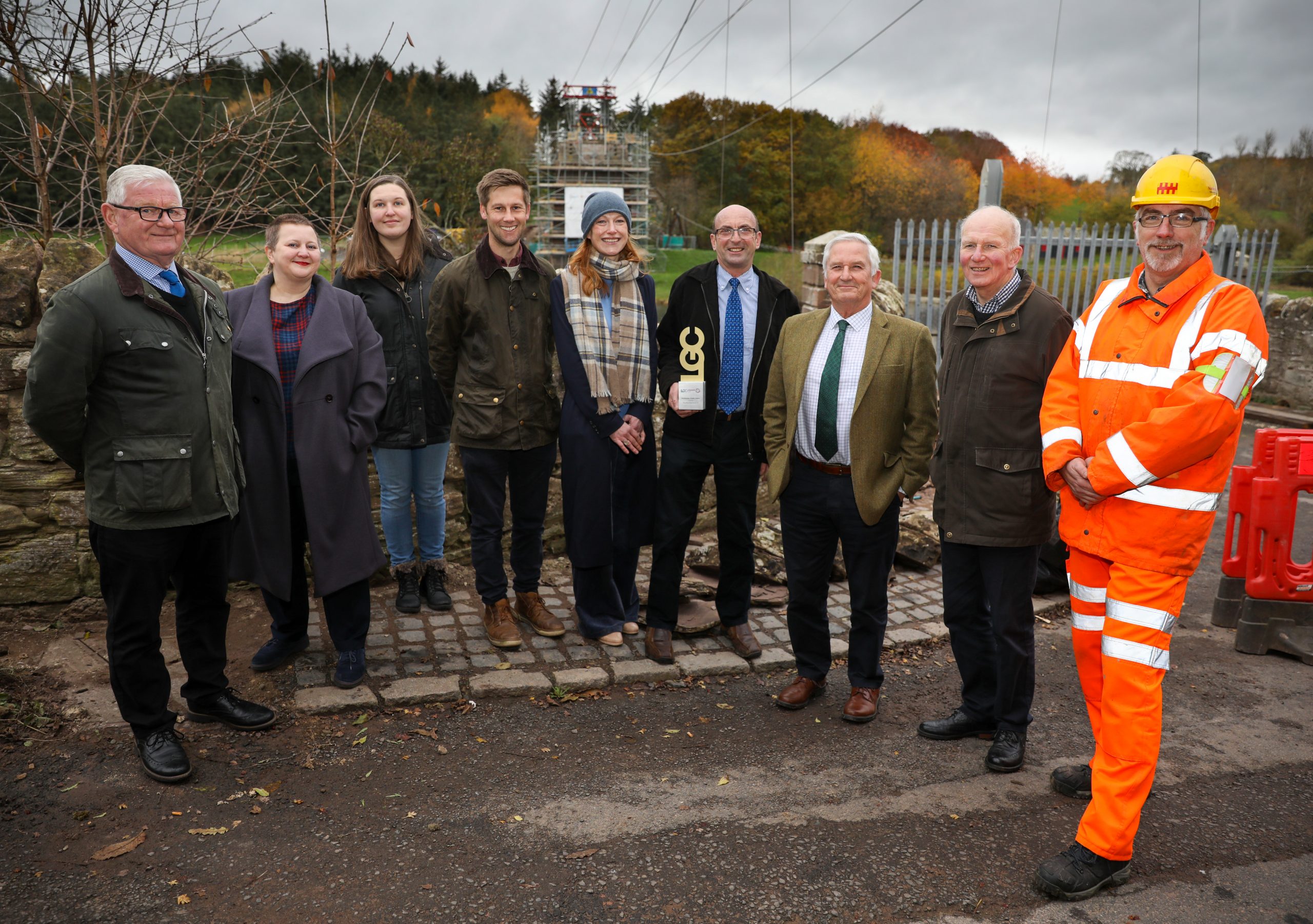