About > Friends of UCB

Its 700 members include many local residents from the parishes of Hutton in Scotland and Horncliffe in England, at either end of the bridge, as well as from further afield in Manchester, the Midlands, and the U.S.A.  Members come from a variety of walks of life, from those with a general interest in borders history and culture, to internationally renowned experts such as Professor Roland Paxton from Heriot Watt University, Scotland, and Professor Hiroshi Isohata of Nihon University, Japan, pictured here in with the late Gordon Miller, author of the seminal Samuel Brown & Union Chain Bridge (2017), which is available from the Friends’ website.

The Friends of the Union Chain Bridge have organised a series of profile-building and fund-raising events such as concerts, ceilidhs, and even helicopter rides above the River Tweed. The Union Chain Bridge has been used as a picturesque backdrop for larger public events such as the Flying Scotsman Vintage Car Rally, the Two Nations International Runs and several national television shows.

These have culminated in the Friends’ significant role in the successful National Lottery Heritage Fund application, which enabled the repair and conservation of the bridge to begin in 2020, its bicentennial year. Find out more, including how to become a Friend of the Union Chain Bridge, at their website. 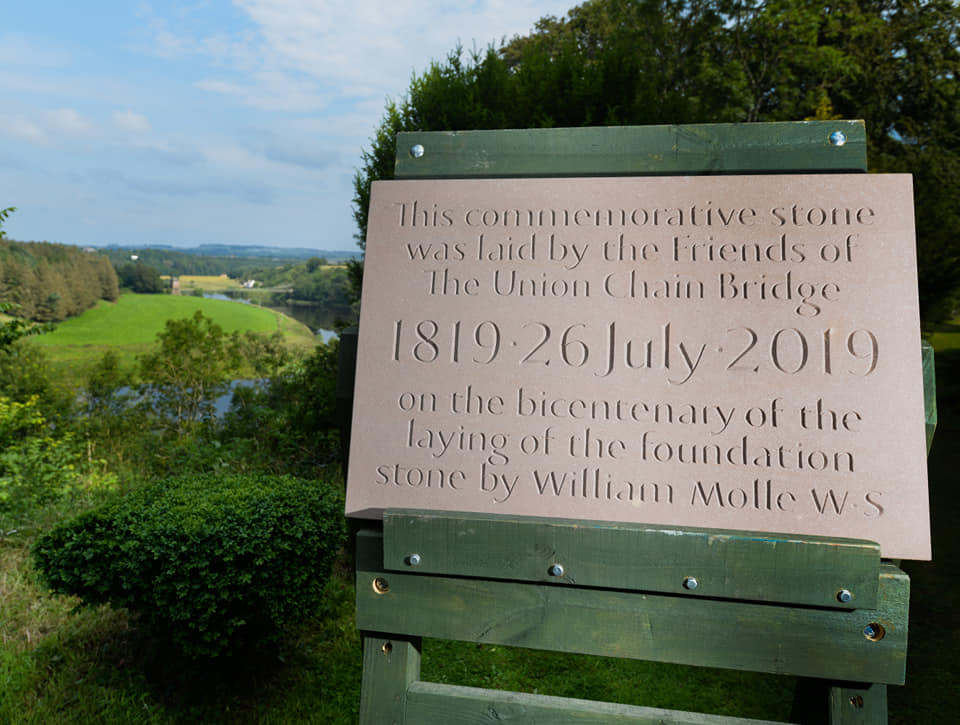