26 July 2020 marks the 200th birthday of the opening of the Union Chain Bridge over the River Tweed. The original National Lottery Heritage Fund project to restore the bridge contained a plan to mark this important date with a celebratory on-site event which included hard hat tours, heritage skills demonstrations, family fun activities, and even a mobile forge! However, within the current Coronavirus context, we have sadly had to postpone this festivity. We hope that this event will take place at a later date and, instead, on the day, we are marking the anniversary differently, with a film of aerial footage and the history of clothing, a vote on what colours to paint the bridge, STEM kit giveaways in the community, and downloadable craft activities. Have a browse on our website here or follow our social media feeds to stay up to date with what’s going on.

In this post, we’ll be exploring the celebrations that took place 200 years ago. The opening ceremony in 1820, featured crowds of fashionable onlookers, parties of people in picturesque river boats, and chichi refreshment stalls. Various papers and writers captured the period conviviality and merrymaking of the day, with rich and colourful description. Here, we take a look at what we know went on during the opening ceremony and the impact this new bridge might have had on locals and those further afield.

The official opening, exactly one year after the foundation stone was laid, was a fashionable celebration with crowds of carriages and pedestrians in attendance on the sunny Wednesday lunchtime. The grand opening was planned for 12 noon, however local people started gathering from early in the morning, keen to secure themselves a good vantage point and to ensure they were amongst the first to cross this “curious and elegant structure” (The Cambrian, 12th August 1820). It was a big event: eminent dignitaries such as Lord Home, the Scottish civil engineers Robert Stevenson, John Rennie, James Jardine, and mathematician Professor John Leslie from the University of Edinburgh, gathered there as well as several hundred local residents. A Berwick Advertiser newspaper article published on 29th July 1820 describes the glamorous scene:

…The River itself was covered with different parties in boats, its northern banks exhibited lines of carriages, horsemen and pedestrians, booths, and other places of refreshment, while the precipitous declivity on the south occupied by numerous groups picturesquely scattered on its surface, produced the most delightful effect…

It is no wonder such a large gathering of locals amassed alongside the dignitaries in 1820: the bridge itself must have been an almost magical spectacle for borderers. This awe-inspiring construction seeming to float mid-air over the river, without any central supports. Most other local bridges were classic arch shapes, using the usual materials of stone or wood, the largest single span of which locally was historic Twizel Bridge, built in 1511, at 27.5 metres. This new-fangled suspension bridge, however, was built in a way that only the cognoscenti such as Stevenson and Rennie understood and was way beyond the ken of most people. Spanning a massive 137 (!) metres in one go and made of iron, indeed. Iron, as a bridge material, had only been used in the UK for the last 40 years (The Iron Bridge, in Shropshire, was the first in 1781), and the suspension design, in which the deck is supported from above, must have seemed strange and baffling. At the time, The Times described the bridge’s stunning visual impact:

…the river is 437 feet from bank to bank, and the bridge across it is without any central support, to the astonishment of the beholder. Its appearance is at once extraordinary and magnificent…

Perhaps adding to the bewilderment of onlookers at the opening, the bridge at that point was entirely painted a stark and dramatic black. This could have been done deliberately as a mark of national mourning, after the death of King George III six months previously, or it could have been because the bridge was not totally finished by the opening ceremony. Whatever the reason, the bridge remained black until the following year, perhaps contributing to a scary, almost diabolical, feeling for opening ceremony onlookers and early bridge users.

As if he suspected the general public may have needed some convincing that this contraption was safe, a little after 12 noon Captain Sir Sam Brown appeared and personally led groups of loaded carts and other heavy loads over the bridge to kick off the Grand Opening. Amidst cheering from the crowds, he crossed and re-crossed the structure three times in a tandem carriage, while local bands (the Berwickshire Militia and the Northumberland Local Militia) played “God Save the King”. A touch of the theatrical was not unknown for Captain Brown, who had previously made a scale replica of the bridge in miniature in order to win over professional confidence in his design in the first place.

Spurred on by this visible vote of confidence, local dignitaries then followed in Sam Brown’s footsteps, crossing the Tweed multiple times to a procession of music and cheers at either side from the crowds. The Cambrian newspaper describes those subsequent crossings in an article from 12th August 1820:

…Soon afterwards, the Trustees of the Berwick roads and a large party of gentlemen, with the Earl of Home at their head, preceded by the bands playing the King’s Anthem, crossed from the northern to the southern end of the bridge, and returned, giving three cheers at each side of the Tweed….

After seeing all the processions before them, Sam Brown seems to have won over the local populace. Following him, several hundred excited onlookers passed through the tollgates and spilled onto the bridge, testing the load strength of the bridge themselves – which passed with flying colours! For the dignitaries present, the rest of the afternoon and evening was spent dining and celebrating in a marquee nearby.

The Union Chain Bridge made a significant impact on both the local community and further afield: it was the first suspension bridge in Europe to carry wheeled traffic providing an easy transport link for people, goods, and animals, between residents either side of the river, boosting community and trade links. As well as this, it was a pioneering piece of engineering which would inspire bridge designers for decades afterwards. An 1821 account by William Beattie (Scotland Illustrated in a Series of Views Taken Expressly for this Work: Volume 1, page 19) describes the extent of the impact it had:

…the new iron suspension bridge over the Tweed at this point, is one of the greatest acquisitions the country possesses, and at the same time, one of the finest specimens in existence of modern invention employed as a medium of social and commercial intercourse. The daily inconvenient – besides serious accidents and loss of life – to which the inhabitants were so long subjected, has thus been completely remedied; it admits two carriages abreast, affords the usual accommodation for foot passengers, and has proved of incalculable benefit to the public…

Locals papers at the time celebrated their new asset. The Berwick Advertiser, captured the local appetite for the bridge on 29th July 1820:

…the advantages of the present bridge are incalculable, in particular it will save to an extensive district of country seven or eight miles in going for their cost and time, and will render these articles accessible to them at all times of the year, and in all states of the river…

To follow all the birthday celebrations marking the 200th, tune in to our social media channels below on the day. A programme of activity will populate our platforms and don’t worry if you miss bits: all resources can still be accessed on our website after the day has gone ahead. We love to hear your thoughts, so do not hesitate to comment, like, or message us with anything you would like to say. 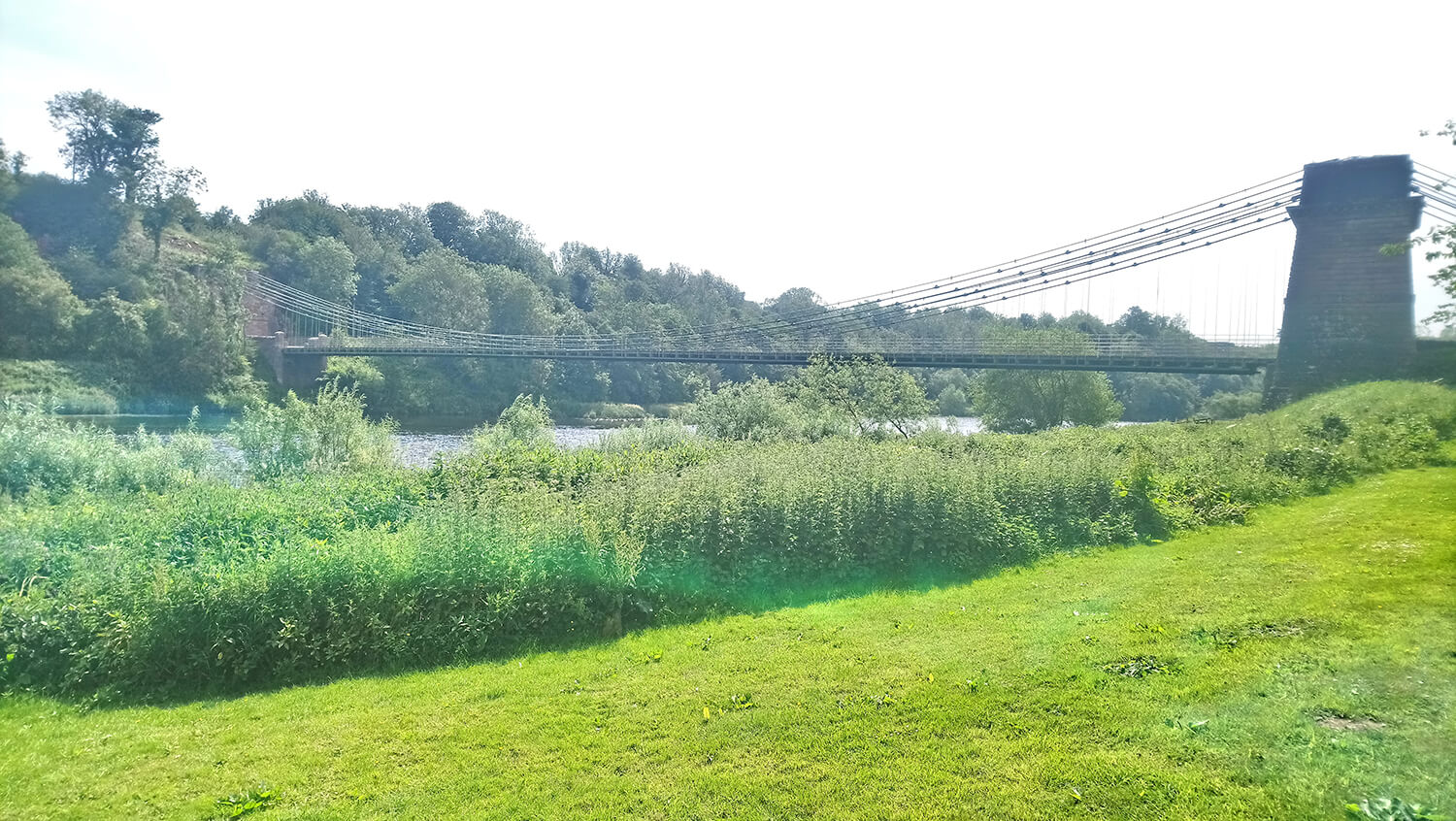