We can’t know when the world’s first bridge existed: it may have been created in Africa, accidentally, when a tree fell, and early humans used it as a bridge hundreds of thousands of years ago.

Of those still standing, there are bridges and fragments of bridges which are thought to be from India, China, Ancient Greece and Ancient Rome. Suspension bridges, or bridges that consist of a path suspended by cables between fixed towers, have existed for over five hundred years. They were originally made of vine, bamboo, rope and wood, and more recently from iron, steel and concrete. The 19th century saw huge technological developments in bridge-building and the Union Chain Bridge’s innovative design using wrought iron chain links gives it international significance in the history of engineering. 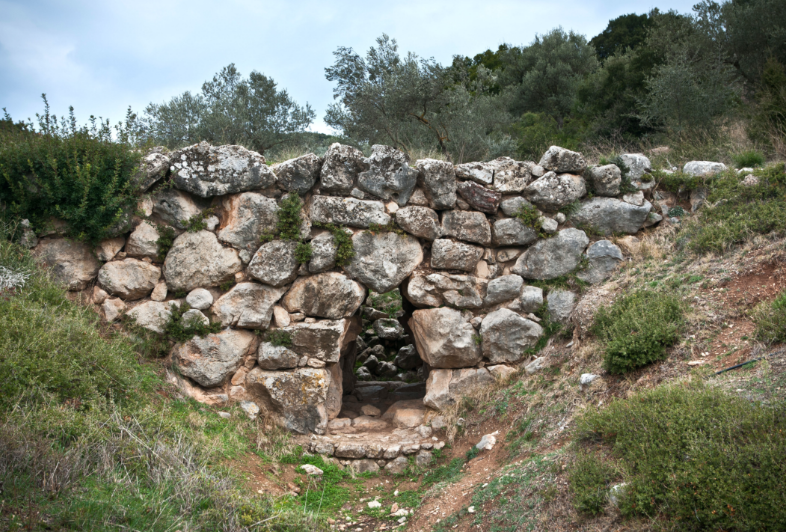 Bridges are usually taken for granted – we often barely notice we are crossing a bridge. They are everyday ways of connecting places and people that have existed since humans have needed to cross a body of water, a ravine, or a valley.

In Ancient Greece, it is thought that wooden bridges and constructions of overlapping stones through which water could flow, were commonplace. The Arkadiko Bridge, still standing in Greece, could be as old as c.1300 BCE. The Ancient Romans built bridges too; the Caravan Bridge in Izmir, Turkey, is the Guiness World Record holder for the oldest datable bridge still in use in the World at c.850 BCE.

The suspension bridge is a bridge design with ancient origins: this type of crossing has been used all over the world for at least five hundred years. A suspension bridge is made up of a roadway or path which is suspended by cables between two fixed towers anchored deep into the ground at either end. The Inca constructed an early suspension bridge using natural fibres, such as grass. These rope bridges formed part of the Inca road system and often passed over deep canyons and gorges. The Q’eswachaka Rope Bridge in Peru is still rebuilt annually according to traditional techniques. Perhaps one of the first to construct an early suspension bridge from iron was Thangtong Gyalpo, a 15th century Buddhist thespian, spiritualist, and pioneering civil engineer. Gyalpo created over a hundred iron chain suspension bridges to ease passage through the Himalayas, including eight in Bhutan, of which four still exist, albeit with significant renovations.

Bridge engineers choose the type of bridge based on several factors, but the main considerations are the length of span required and the weight of the loads to be carried.

Form follows function. Success or failure often lie in the foundations rather than the actual structure. If the piers or posts are not anchored properly, the bridge may fail, although bridges can also be vulnerable to other conditions, including weather. Even today, the British army issues the command to “break step” when marching soldiers approach a bridge. This order followed the collapse of the Broughton Suspension Bridge in Salford, in 1831, when the marching of seventy-four soldiers caused the bridge to produce mechanical resonance and collapse.

Greater spans can be crossed with a suspension bridge than any other kind of bridge. The steel-cabled Brooklyn Bridge set a record with a span of 487 metres (1,600 feet) when it opened in 1883. In 1939 the George Washington Bridge crossing the Hudson River between New York and New Jersey more than doubled this with a span of 1,067 metres (3,500 feet).

There are five main components in a modern suspension bridge. The deck is the path or roadway on which the bridge is crossed. Vertical or slanted hangers attach the deck to the main cable. In this way, the dead load (or weight) of the bridge is transferred into tension in the cable. The main cable is suspended between the tall towers. The cable transfers that tension into compression in the towers and finally into deep anchorages at the ends of the bridge. The deck structure is deliberately kept thin or open to allow wind to pass through the structure rather than slamming directly into it. There is usually some form of reinforcement under the deck, called a truss, which keeps the deck stiff, so it does not sway or ripple. The whole structure also needs to be slightly flexible to allow for thermal expansion and contraction: the Akashi Kaikyō Bridge (Japan, 1998) can expand by up to 2 metres (6.6 feet) over the course of a day.